Homes are starting to rise in the newest neighborhood at Sterling Ranch, a 3,400-acre master-planned community in northwest Douglas County.

Ascent Village will be the second of nine neighborhoods in the community, which is expected to eventually grow to roughly 12,000 homes and more than 30,000 residents, according to its website. The new neighborhood is still largely in its land planning phase, but will include approximately 1,500 new homes as well as 16 acres of multifamily and retail development.

A new school is also being planned at the southern end of the neighborhood, subject to a rezoning application, said Brock Smethills, president of Sterling Ranch Development Company.

Sterling Ranch is something of a family affair for Smethills, whose parents, Harold and Diane, were some of the original founders of the community after purchasing the land for the development in 2003.

To that end, Harold Smethills said the development group planned the community in a way to use less water, and partnered with Denver Botanic Gardens to include plants that match Colorado's climate. Nearly one-third of the 3,400 acres has been set aside as open space.

"In those days, we found that you could save about 50% of the water demand in the way you planned your community," Smethills said.

TRI Pointe Homes announced in December that it would be building 46 townhomes within Ascent Village, ranging in size from 1,443 to 1,866 square feet and starting in the low $400,000s.

The first 11 homes in Ascent Village have already started construction, and 175 more lots will be ready for permitting by mid-May, Brock Smethills said in an email. A total of 297 lots at Ascent Village will come available by mid-summer. So far eight of those lots have been sold to homebuyers this year.

A 10-acre site within the neighborhood is also being planned for between 200 and 300 multifamily units.

While work has been able to continue on homes, the preparation of new lots and a new recreation center in the community, the coronavirus pandemic has posed challenges for construction, Harold Smethills said. The supply chain is a concern, Smethills said, but the biggest challenge so far has been getting crews scheduled.

"We don't know how many crews we're going to have," Smethills said. "So far it's not been a serious problem. Some of our contractors are down a crew or two, but they still keep going."

The recreation center, anticipated for an opening before Memorial Day, will likely now be done mid-summer. The next challenge will be figuring out how to operate those common spaces safely to encourage social distancing. For projects such as the recreation center, it's too late to go back and redesign elements of it, although Smethills said they'll be adding pavilions to allow more people to spread out outside.

Smethills said he and the rest of the development group are taking their time to better understand the lasting effects of the current pandemic on retail, restaurants and education, all important components of the community.

"We don't know what restaurants are gonna be like," Smithills said. "With retail, no idea what retail will be like. This is a 25-year project, so we're going to make haste very, very slowly when it comes to retail and restaurants."

The retail center is being actively designed and marketed, but has not signed on any tenants yet, Brock Smethills said in an email.

Harold Smethills said he anticipates offering a broader range of price points in the community to attract future buyers.

"We see people moving from apartments into single family homes or attached homes and spreading out a bit. We see that as a major change, so we need to be there," Smethills said. "We're going to be bringing on some townhomes in the high $300,000s, and we'll be trying to expand that to continue to appeal to a broader range of people who wish to own a home. We really need condos, but the laws are such that we've not been comfortable building them." 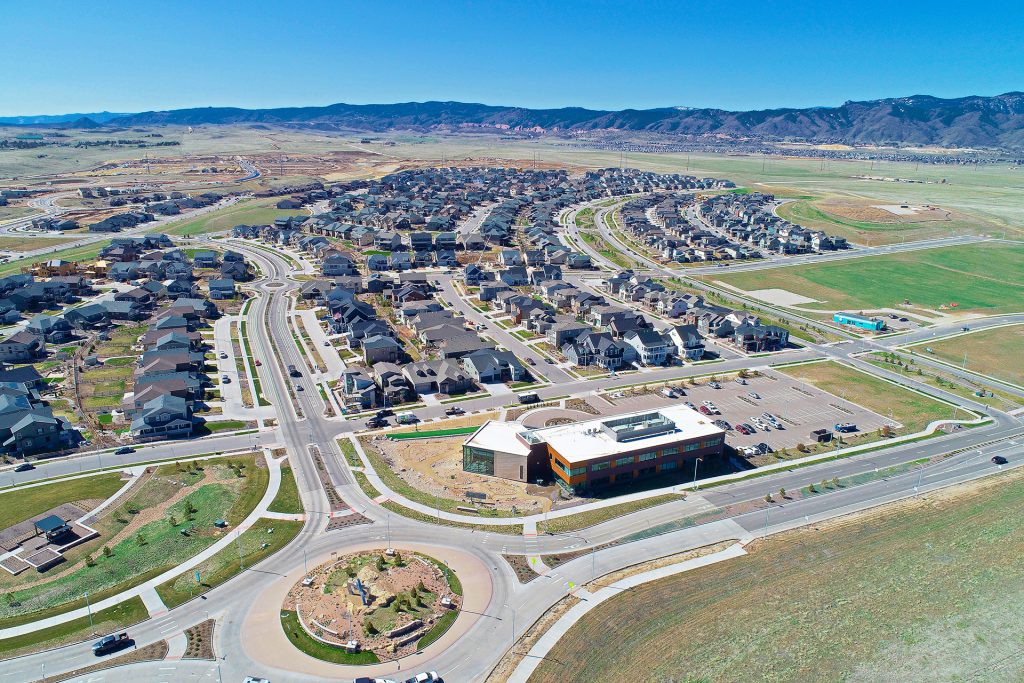